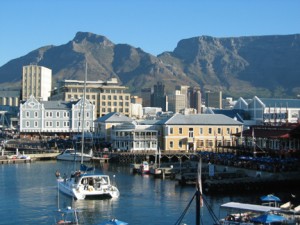 South Africa is divided into nine provinces: Gauteng, Limpopo, Mpumalanga, Free State, Kwazulu Natal, Northwest, Northern Cape, Eastern Cape and the Western Cape. Below we have highlighted a few of the 4 most popular provinces and offered suggestions and information on some of what you should not miss when visiting South Africa.

THE EASTERN CAPE
Stretches from the Kwazulu Natal border in the north to the Storms River’s mouth on the Garden Route in the south and extends inland to incorporate the desolate Great Karoo. The Eastern Cape includes the regions of the Sunshine Coast, Frontier Country, the Great Fish River and the Wild Coast. The Eastern Cape is the second largest of South Africa’s nine provinces and the birthplace of Nelson Mandela.

The Sunshine Coast is the coastal route between St Francis Bay and East London in the Eastern Cape. From the beautiful beaches and game lodges, which offer malaria-free African safaris, to the rich historical sites and scenic splendor, the Sunshine Coast is a wonderful travel destination for the holidaymaker.

A hauntingly beautiful region, Frontier Country is the inland area considered the historic heartland of the Eastern Cape. With numerous malaria-free game reserves, historical attractions on offer and adventures to experience, Frontier Country is a fascinating destination.

Formerly known as the homeland of Transkei, the Wild Coast is an unexplored region of un-spoilt coastline, jagged cliffs, rural villages and rolling hills. The numerous hiking trails in the area are a great way to explore this spectacular region. The Wild Coast is also the best place to witness the incredible spectacle of the annual Sardine Run.

The majestic Great Fish River traverses the Cape Midlands in the Eastern Cape. 692 kilometers (430 miles) in length and with a drainage area of 30,800 square kilometers (11,900 square miles), the Great Fish River meanders through and nourishes areas rich in wildlife, such as in the Kwandwe Private Game Reserve. 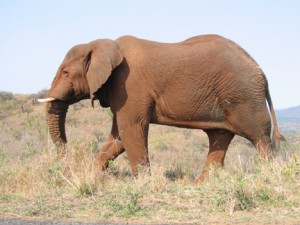 KWAZULU NATAL
Known as the Kingdom of the Zulus, KwaZulu-Natal offers year-round sunshine, the spectacular Drakensberg Mountains, historic battlefields and magnificent Zululand as well as the glorious North Coast. The diversity of cultures makes for fascinating cities such as the port city of Durban and numerous rural establishments.

The city of Durban is where east meets west in a sub-tropical holiday city. Formerly known as Port Natal, Durban is a natural port that has grown into one of South Africa’s most popular coastal resorts and commercial ports, offering a mild climate, warm waters and safe beaches.

KwaZulu-Natal’s North Coast is an eclectic mix of modern holiday towns, rural villages, lush sugar cane farms and fascinating cultural attractions. With the obvious attraction of the beaches, game and crocodile farms this has proven to be an interesting tourist destination.

The Bushman, or San paintings, are one of the Drakensberg’s and South Africa’s greatest cultural treasures. Some 20,000 individual rock paintings have been recorded at 500 different caves and overhanging sites. These rock paintings afford insight into the cultures and traditions of the San people.

Situated in the eastern part of South Africa, bordered by the Indian Ocean, Mozambique and Swaziland, Zululand is a beautiful and scenic region, home to many wildlife reserves, game parks, marine sanctuaries, and World Heritage Sites. The region is a historic region and home of the Zulus. Zululand is also home to an astonishing variety of wild game. The many game reserves, parks and farms in the region are dedicated to the conservation and heritage preservation. With 600 species recorded, the Zululand Birding Route is southern Africa’s birding diversity hotspot.

As its name suggests, the Battlefields region holds the largest concentration of battlefields in South Africa. Every town, field and hill has a fascinating story to tell, and the spectacular scenery and safari attractions on offer makes the Battlefields a must-see destination. 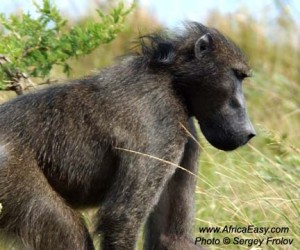 The Anglo-Zulu War remains one of the most dramatic events in British and South African history. Early in the nineteenth century the Zulu Kingdom was established north of Durban, known today as Zululand. The people of the British Colony, having settled in present-day Durban, decided to venture northward in search of trade and fortune. Considering him a threat, the British High Commissioner started a fight with the Zulu King, Cetshwayo kaMpande, and so began the Anglo-Zulu War. Isandlwana, Rorkes Drift, and Blood River are all historic sites where great battles were fought between the Zulus (impis as they were known) and the British. The British underestimated the power and strategic ingenuity of the Zulu impis, and the war lasted longer than intended, with the British army coming under severe attack and being defeated at a number of battles. However the Zulu king was eventually defeated in June of 1879 at the Battle of Ulundi. This led to the British dividing up this region known as Zululand and also to a decade of destructive civil war.

The Umfolozi and Hluhluwe Reserves, located in Northern Zululand, were joined in 1989 and cover a vast and interestingly diverse landscape, consisting mainly of steep wooded hills, grass-covered slopes and woodlands along the many rivers and streams. It is also known as one of the sanctuaries of the black rhino and has the world’s largest population of white rhino. Home to 1,600 white rhino and 370 black rhino, it also contains the rest of the Big Five—buffalo, elephant, hippo, lion and leopard—as well as many other species, including blue wildebeest, zebra, giraffe, waterbuck, kudu, bushbuck, warthog, cheetah, hyena and jackal plus about 24,000 impala. You may have some close encounters with elephants, as they often cross or block the road right in front of your vehicle.

Over 400 species of birds have been recorded in the park. The variety of bushveld and woodland birding found in Hluhluwe-Umfolozi Park, combined with the natural wonders of the Lake St Lucia system and its central position to the rest of the Zululand Birding Route, makes this an excellent area for birdwatchers.

A boat is available for daily guided trips, on the Hluhluwe dam. An experienced community guide conducts the trips and visitors can see an excellent range of birds and animals. Wilderness trails also offer the ultimate wildlife experience, and Zulu culture can be observed in the community areas outside the Park.

The Greater St Lucia Wetland Park area is 65 kms long and 21 kms wide. With its lakes, lagoons, freshwater swamps, and grasslands, St. Lucia is said to support more species of animal than the better-known Kruger National Park and the Okavango Delta, although these areas are much larger. On the estuary, one can take a boat cruise and see hippos, nile crocodiles and birds in great numbers.

Although it’s rich in bird and wildlife, for centuries people have also come to the St. Lucia Estuary for the food and materials that it and the surrounding wetlands offer. To this day, thousands of Zulus harvest “ncema grass” each spring, which they use to make sleeping and sitting mats. Disputed land claims, squatting in protected areas, uncontrolled fishing practices and the spread of exotic plants all present challenges to achieving sustainable development of the area. Awarded World Heritage Site status in 2000 as an area of outstanding natural value, the Greater St Lucia Wetland area is now fully protected from external threats. To achieve such status, the area had to meet three criteria: unique ecological processes, superlative natural phenomena and exceptionally rich biodiversity.

The history of St. Lucia begins in 1575, when the Portuguese explorer Manuel Peresterello landed in the area east of St. Lucia. In 1897 the area was designated a Game Reserve, and then in 1989 a mining company proposed to bulldoze dunes along the eastern peninsula in order to remove titanium and other metals. This caused an uproar amongst conservationists, but using strong mining laws they convinced the government to have an environmental assessment prepared. The South African government carefully weighed the potential economic benefits of allowing the mining against the disruption and further degradation of an area greatly in need of restoration. Late in 1993 the panel conducting the environmental assessment advised against the mining proposal. In 1996 the government announced its aim to create jobs in the area, using the St. Lucia Park as the core. Already KwaZulu-Natal attracts nearly three-quarters of South Africa’s tourism, but too few jobs have been created. Although Phinda, north of Lake St. Lucia, has created more jobs than the proposed mine operations would have generated, still more jobs need to be created. 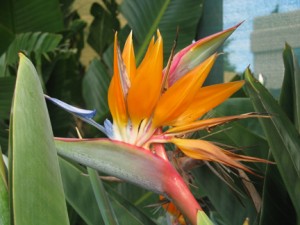 MPUMALANGA
Game Reserves – Some of the most luxurious private game reserves in the world are in Mpumalanga. The game viewing is done from open 4×4 vehicles, enabling guests to experience the thrill of close encounters with the Big Five. Londolozi, Mala Mala, Singita and Sabi Sabi are some of the exclusive lodges situated in the Sabi Sand Reserve adjacent to the famous Kruger National Park.

The world-renowned Kruger National Park offers a wildlife experience that ranks with the best in Africa. Established in 1898 to protect the wildlife of the South African Lowveld, this national park of nearly 2 million hectares is unrivalled in the diversity of its life forms and a world leader in advanced environmental management techniques and policies. Truly the flagship of the South African national parks, Kruger is home to an impressive number of species: 336 trees, 49 fish, 34 amphibians, 114 reptiles, 507 birds and 147 mammals. Man’s interaction with the Lowveld environment over many centuries, from bushman rock paintings to majestic archaeological sites such as Masorini and Thulamela, is very evident in Kruger National Park. These treasures represent the cultures, people and events that played a role in the history of the Kruger National Park and are conserved along with the park’s natural assets.

There is no ‘best time’ to visit Kruger Park. It’s just a great place to visit at any time of the year. There are however two distinct seasons that could determine when you would prefer to visit:

Summer season (September—March) is the season during which all the animals flourish because of the summer rains – it’s the time of plenty. As a result of the rains the park is transformed into a green paradise. It’s the time to enjoy beautiful trees and flowers. Hundreds of impala lambs are born, staple diet of all the predators. During the summer season you must be prepared for average day temperatures of 32 C, with maximum temperatures reaching 40 C. The temperatures fall to around 20 C, at night with occasional thunderstorms.

Winter season (April—August) is the dry season. Because it virtually doesn’t rain in winter, the park is transformed into a brown and almost barren landscape. The animals have to concentrate at the perennial waterholes and rivers. The grass is low, the bushes and trees have lost their leaves. As a result one can have an unobstructed view through the bush, making the game viewing much easier. During the winter season you must be prepared for temperatures dropping to 4 C at night and rising to 24 C during the day after a cold morning start.

The “Greater Kruger Park” is defined as the national park plus the adjoining private game reserves. Most of these private concession areas—such as Sabi Sabi, Sabi Sand, Mala Mala, Manyeleti, Thornybush, Timbavati, Klaserie or Balule—can be found on the western side of the national park between Hazyview and Phalaborwa.

The most well known, and very exclusive, Sabi Sand Game Reserve is world renowned for the standard of the lodges. Sabi Sand was at the forefront of the development of the open-vehicle safari, where qualified guides provide a safari experience that is both personal and highly informative, affording close contact with the fauna and flora of the region. There are over 30 different lodges located in Sabi Sand, many of which are situated in the southern Kruger region.

The Sabi Sand Game Reserve was formed in 1950 and comprises many private game farms, covering an area of 56,000 ha. The Sand and the Sabi Rivers supply much-needed water to the region, creating an incredibly bio-diverse wildlife population. The reserve is also situated on a dyke, which ensures that the resulting soils are high in nutrition, producing one of the best grazing and browsing habitats in southern Africa.